Sediment Club "Back On Our Winter Ism Tour"

Hello Everyone, Sediment Club are playing two great shows this month. Unfortunately, they will be the last Shows this year. Jackie is moving to New Orleans and, though we will continue playing when we can and recording, we will not be playing as many show in the near future. But we have two very special shows coming up in NYC this july, please come and see them. most likely these will be the last shows for this year.

we are constantly humbled by the support people give our noisy brand of debris and are excited to continue to produce work in this new phase.
thank you 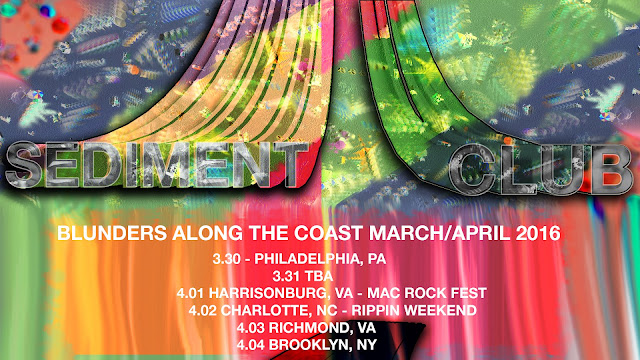 Sediment Club is back on the road after a long break. shimmy

watch us break into form once again down the heavily trodden path of NY to PA to VA to NC to VA to NY. We explore horizons in short spurts.

3/31 WHERE?!?! as embarrassing as it is we could not get a show for baltimore/DC..... Cant even get 6 shows together any more (washed up at 25)....Please help us out if you think you can squeeze us on a show there. Although we have emailed almost every single DC booker at this point.....

Posted by the sediment club at 10:28 PM No comments:

OTHER COOL BANDS AND THINGS